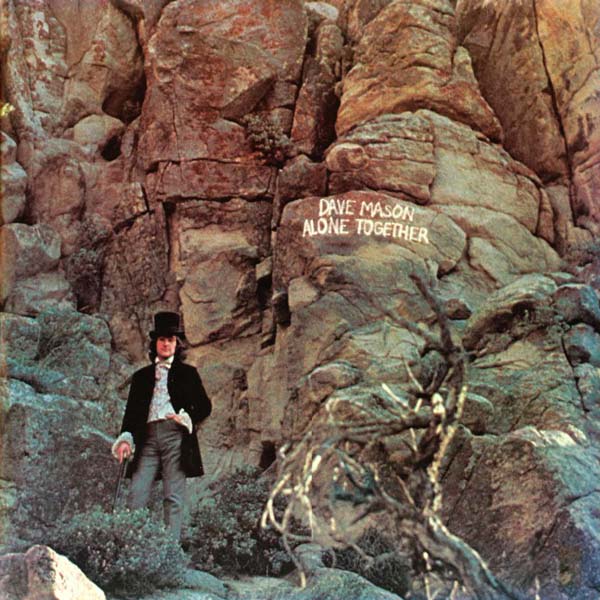 Let it be known that this album was huge in the Summer, Fall and Winter of 1970 and just hearing it again creates sense memories of Bohemian Hippie psychedelic days and even more psychedelic nights.
The track “Look At You Look At Me” was an instant classic with perfect iconic guitar breaks and solos that for us was pure Hippie Heaven.
This album seemed to be in the air wherever you went; played by Brothers and Sisters everywhere – a real stoned album stamp on a personally historic hallucinatory once-in-a-lifetime year of living totally free.

While well known as a member of Traffic, Dave Mason also performed on:
1968 Electric Ladyland – Jimi Hendrix, 1968 Beggars Banquet – Rolling Stones, 1969 Lily the Pink – The Scaffold,
1970 All Things Must Pass – George Harrison, 1970 On Tour with Eric Clapton – Delaney and Bonnie and Friends,
1971 Motel Shot – Delaney and Bonnie and Friends,
1971 Songs for Beginners – Graham Nash, 1971 Winwood – Steve Winwood, 1972 Graham Nash David Crosby – David Crosby and Graham Nash, 1972 Oh How We Danced – Jim Capaldi, 1974 Wild Tales – Graham Nash, 1975 Venus and Mars – Paul McCartney, 1976 You Can’t Argue with a Sick Mind – Joe Walsh, 1978 Thoroughfare Gap – Stephen Stills, 1979 Gimme Some Neck – Ron Wood, 1979 Skatetown, U.S.A. (original motion picture soundtrack) – but, somehow never really got his due.
Even with his own cult of popularity and talents as a composer, musician and performer his true stature has yet to be appreciated – especially when others with far less contributions have been heralded and kept “above the fold”.

In 2004. as a consolation prize, Mason was present with Winwood and Capaldi to accept Traffic’s induction into the Rock ‘n’ Roll Hall of Shame.

Dave Mason went all out on his album design; from a fold-out die-cut cover to marbled colored vinyl that mimicked the rugged rustic cover photo – fun trippy elements for all of us Hippies to enjoy. 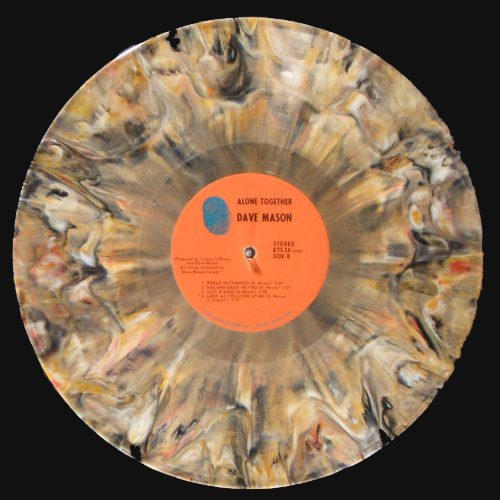 The “Alone Together” album was a righteous Counter Culture favorite with insightful lyrics to ponder while getting stoned with friends and perfect Rock for cruising or traveling –  the thought of which brings back vivid memories of driving my 1968 VW Camper, smoking a joint and listening to this cassette. Groovy!

00individual especially liked the title “Alone Together” as it stated a level of evolvement whereby one achieved peace with the solitude of oneself and yet because of that actually made a stronger bond with all living things; therefore you can exist Alone Together.

– Please disregard any advertisements that may appear on this site –
00individual does not endorse nor receive any payment of any kind from any advertiser(s).

Phantom of the Backlots

The Errant Endeavors of Ela the Expert

God gave Noah the rainbow sign, No more water, the fire next time

The Shine - Who did Harry Potter ever beat?

Hello,everyone! This is a blog about fitness, healthy food, and all what we love. Here you will find advices, ideas and motivation to change your life. If you think it is impossible, you are wrong, you can do it!

We're the sum of ourselves.

We are all just babes in the woods.

Plant a seed in the field of opportunity

A refugee's journey - Vietnam to Australia

metadada.studio
Memes that you Love
The Lonely Author

Pain goes in, love comes out.

hold a mirror up to life.....are there layers you can see?

Art that Expresses the Heart

Expression of my heart

Where will you be in a year?

Traveling... a word that brings excitement

Words are the only thing left holding me together

Thrills, Spills, and just a dash of Romance

One writer's experiences, and battles with words

Recipes showing step by step directions with pictures and a printable recipe card.

This world's so mixed up everywhere you go

I want to be rich. Rich in love, rich in health, rich in laughter, rich in adventure and rich in knowledge. You?

BY GRACE THROUGH FAITH

all questions answered all answers questioned

One Step at a Time

Gastradamus is my name, and Gassy Topics are my game!